Welcome to the BARTchives, the unofficial BART history website. This is intended to be a simple educational archive (BART + Archive = BARTchive) of all the neat historical tidbits of what makes BART unique, with a particular focus on the legacy fleet.

Early reports and articles colored BART via various names. They include statements such as the following:
As lifelong BART rider, I have spent the last five years purposely riding and documenting each car in the fleet. From my research, the research of others, official reports, and various documents, I present to you, the viewer, an informative and local view on the greatest, and simultaneously most troubled, heavy rail system in the West Coast.

The builder of the first HO scale BART cars provided a primer on BART when they released HO scale kits including: the BART A & B car set, extra B car, Station kit, and 9 Automobile-pak. This is a digital transcription of the BART introductory paper in the train set:
Automation is a key word at BART, everything is automated from ticketing to traffic control. Every train has an attendant in the cab, although not controlling it, to keep watch and monitor certain train functions. Up to 105 trains can operate on the 150 miles of track running with headways as close as 90 seconds. There are no track crossovers or grade crossings. The system is almost equally divided between surface, elevated [aerial], and underground [subway] construction including the [almost] 4 mile tube under San Francisco Bay.
These electric powered trains should truly effect every U.S. rail passenger service designed from now on.
The 70 foot car bodies are made of extruded aluminum pieces with no rivets or fasteners visible. The cab sections are of molded fiberglass similar to modern boat hulls. The ride is comfortable, quiet, and vibration free. Air suspension is utilized in conjunction with cushioned, welded rail.

These electric powered trains can be expected to deeply affect every future U.S. rail passenger service, as well they should.

The Fleet of the Future

BART through the years

If you found this site informative, please consider a donation to the Western Railway Museum's Rapid Transit History Center (RTHC) project. I can personally vouch for the efforts of this organization, not only for their expansive BART archive, but their project to save these very cars.

Personally, I think the BART preservation job is probably the most difficult rail transit preservation job faced today. These cars were the representation of a new wave of rail transit in the United States, and now, after over a half century of service, they are on the way out. Rail transit museums often focus on pre-1950 transit, but time marches on. To remain relevant to younger generations, the more recent past must also be preserved. We will never again get a chance to preserve these railcars, which revolutionized rail transportation, not only in the United States, but also influenced the development of rapid transit systems throughout the world.

If you would like to view more BART trains in video form, please consider taking a look at my YouTube site (ATP Transit).
YOUTUBE CHANNEL - ATP Transit 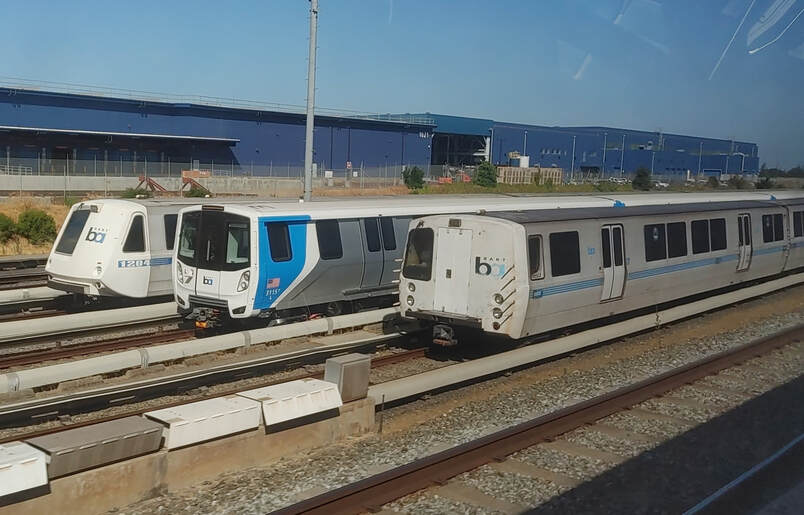 My favorite live BART map is "Where is BART?"

Bay Area Transit - Outside of BART